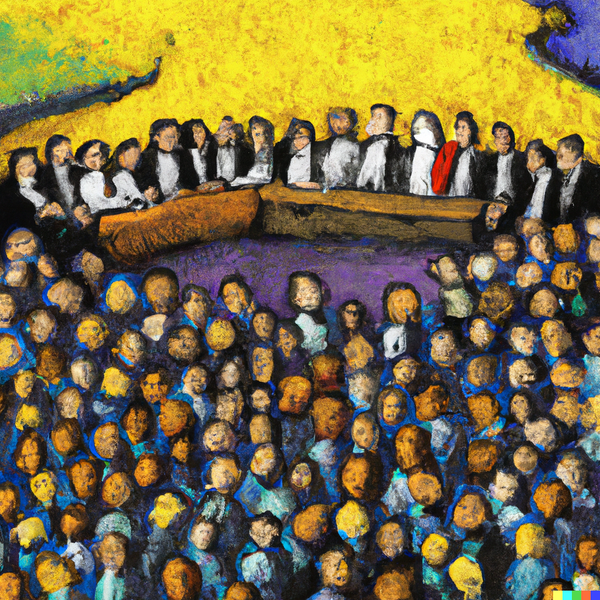 The Idea of Democracy

Features | Outcomes | Democracy - Yes or No?

The word democracy comes from the Greek words "demos", meaning people, and "kratos" meaning power; so democracy can be thought of as "power of the people": a way of governing which depends on the will of the people.

Arguments in favour of democracy

Actionable insights for improving your Prelims, Mains and Optional preparation, direct to your inbox.